The Y12 Nuclear Weapons Complex has produced materials and components for atomic and thermonuclear weapons since 1943.

It produced the highly enriched uranium that fueled the Little Boy bomb that destroyed Hiroshima, Japan.

When the United States shifted to producing highly enriched uranium through the gaseous diffusion process (at a different facility in Oak Ridge, K25), Y12 took on a new mission”producing the nuclear-fusion secondaries for thermonuclear weapons. Y12 has produced the secondary* for every nuclear weapon in the US stockpile.

Today Y12 lists a number of missions on its website, but its primary focus is still manufacturing secondaries and cases for nuclear weapons. In particular, Y12 is refurbishing old secondaries or producing new ones under the Life Extension Program for every warhead in the US arsenal.

Right now, Y12 is performing LEPs on the W76 warhead; more than two thousand W76 warheads are scheduled for life extension. Y12 is also preparing to perform life extension upgrades on the B61 warhead”the estimated cost of this LEP was recently disclosed to be skyrocketing; it may cost $10 billion or more.

Experts note that some Life Extension upgrades (including the W76) introduce new military capabilities to warheads, raising a significant question about whether the bombs are modifications or actually new nuclear weapons.

Because Y12’s main production facility, Building 9212, is showing its age, the NNSA wants to build a massive new bomb production plant in Oak Ridge. It’s called the Uranium Processing Facility (UPF). Even though the NNSA admits it can complete its mission of safeguarding the US stockpile with a facility that has a production capacity of 10 warheads/year, it is planning to build a UPF with a capacity to produce 80 warheads/year (a 700% excess every year!) The only justification for this supersized facility is to produce new secondaries for new weapons.

The UPF is not only supersized, it is superpriced. In 2005, the estimated pricetag for the UPF was $600 million – $1.5 billion. Now, in 2012, more than $500 million has already been spent designing the facility, and the design is about 75% complete. The pricetag is estimated to be more than $7.5 billion (officially, it is “to be determined,”) and the Obama Administration asked for $340 billion dollars to “accelerate construction” of the UPF.

Meanwhile, the General Accounting Office says the new facility is being designed around unproven technology in violation of industry best practices. The GAO also says the NNSA lacks the capacity to manage complex projects and has no system to accurately track and account for the money it spends. Joining the GAO is the Defense Nuclear Facilities Safety Board which, in April 2012, disclosed the NNSA had not prepared a required Preliminary Safety Design Report for the UPF and, as a result, said “safety is not integrated into the design” of

the UPF. The Safety Board also noted NNSA allowed its contractor to relax the critical safety standards so the UPF is “not protective” of worker and public safety.

No study has yet been conducted that compares the cost of the new bomb plant with the cost of upgrading the existing Building 9212 facilities which will continue (and nearly complete) the currently scheduled Life Extension upgrades before the UPF comes on line in 2024.

* The “secondary” is the part of a nuclear weapon that makes it a thermonuclear bomb. Today’s warheads are initiated by a small, plutonium-fueled core, called the pit or the primary. The pit/primary triggers the secondary (also called the “canned subassembly, or CSA). The secondary contains highly enriched uranium, lithium deuteride, beryllium and other materials that, together, create a massive fusion reaction”the H-bomb. Y12 in Oak Ridge is the only facility in the US with the capacity to manufacture secondaries. 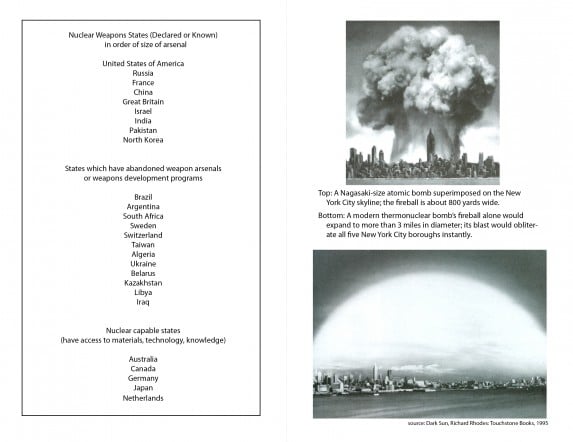