Nearly two months after sending a letter to Randy Boyd, President of the University of Tennessee’s statewide system of campuses, Boyd responded. OREPA has annotated his response; click below to see it. 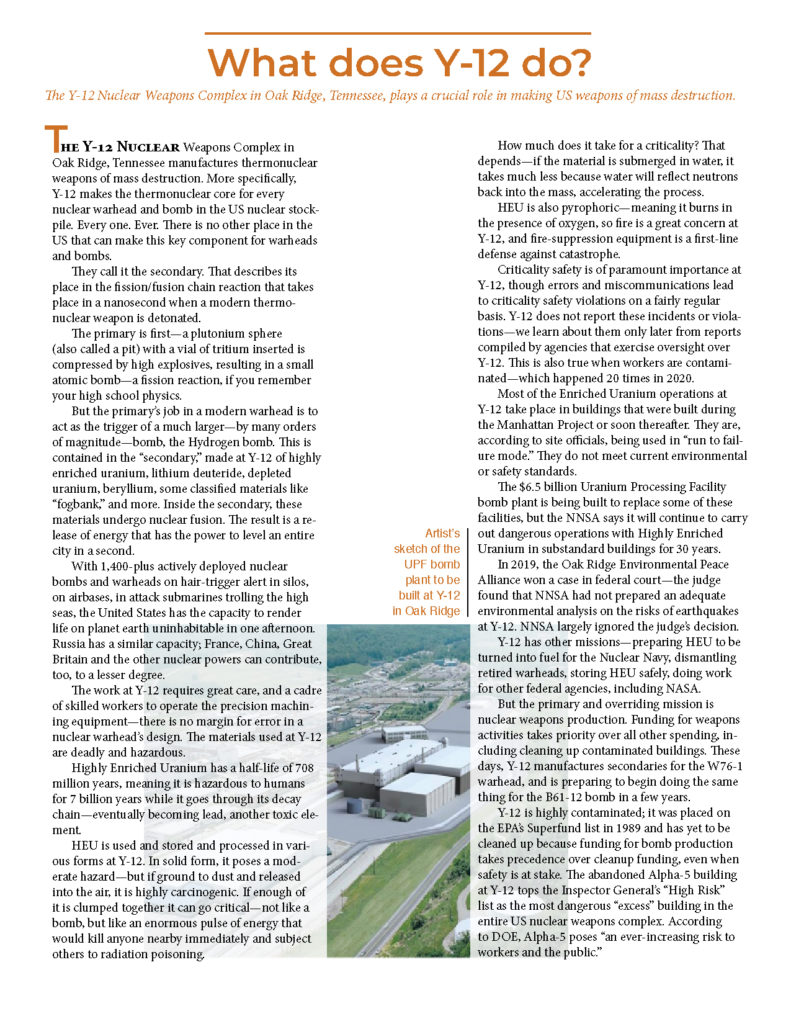 This fact sheet has basic information about the nuclear weapons work at the Y-12 National Security Complex in Oak Ridge, Tennessee.

The University and the Bomb 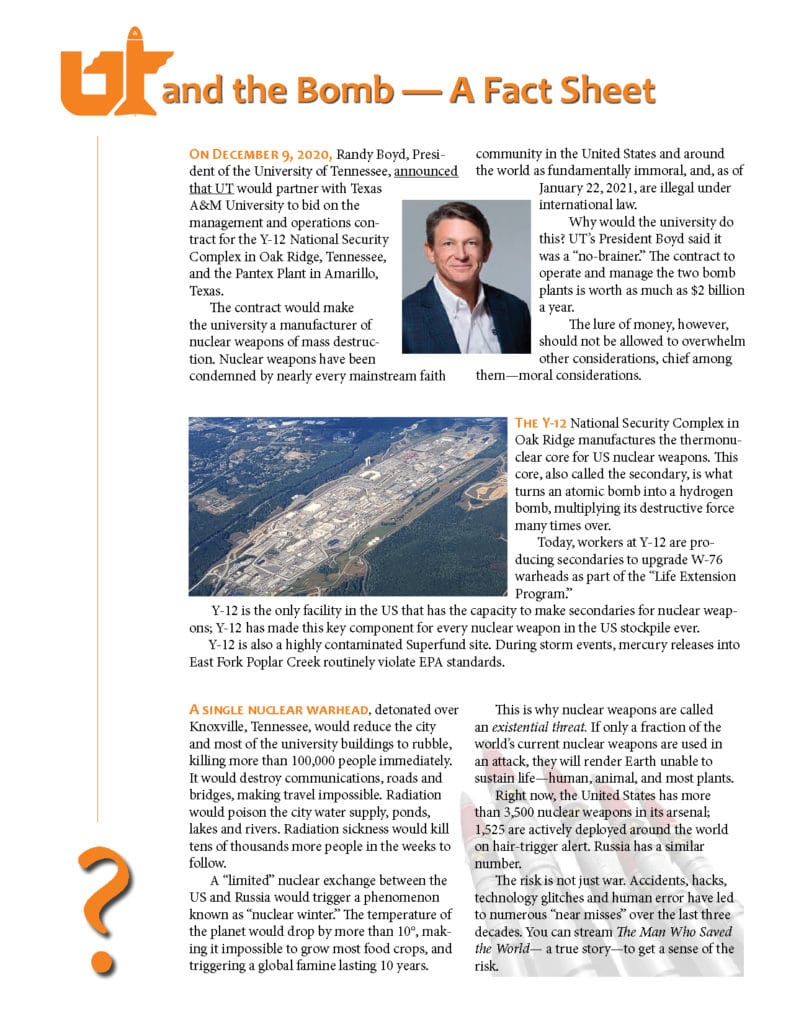 Here is a fact sheet on the University of Tennessee’s plan to bid on the operations and management contract for the Y-12 Nuclear Weapons Complex in Oak Ridge, TN.

Immediate release, January 11, 2021 PEACE GROUP CHALLENGES UT PLAN TO MANUFACTURE NUCLEAR WEAPONS CALLS ON PRESIDENT RANDY BOYD TO RECONSIDER The Oak Ridge Environmental Peace Alliance today released a letter sent to University of Tennessee President Randy Boyd asking him to reconsider his decision to bid on the contract to manage and operate the […]

Faith Communities hail Ban Treaty: “We believe the possession, development and threat to use nuclear weapons to be immoral.”