OREPA celebrated the Treaty on the Prohibition of Nuclear Weapons and served notice on the University of Tennessee and the Y-12 Nuclear Weapons Complex in Oak Ridge that, as of January 22, 2021, nuclear weapons are illegal. We started out in the morning at the University; UT President Randy Boyd announced in December that the […] 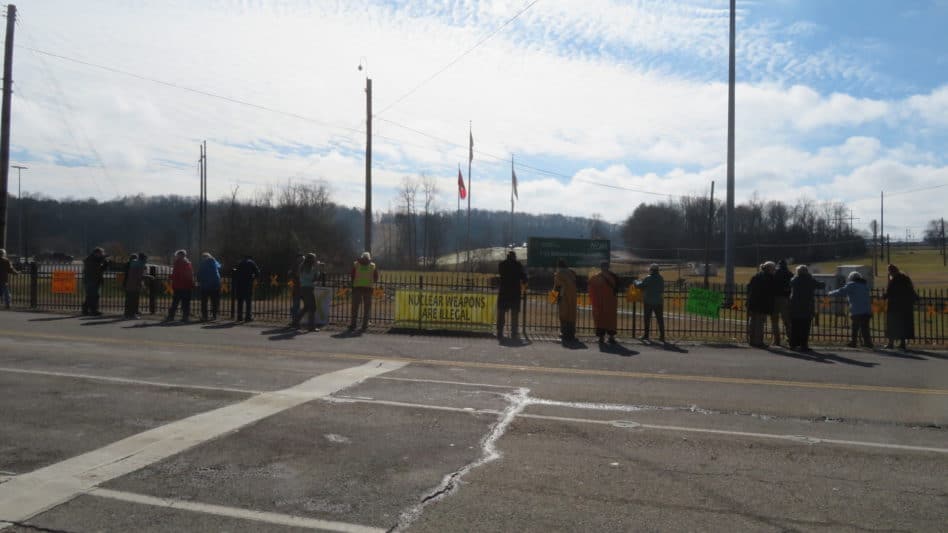 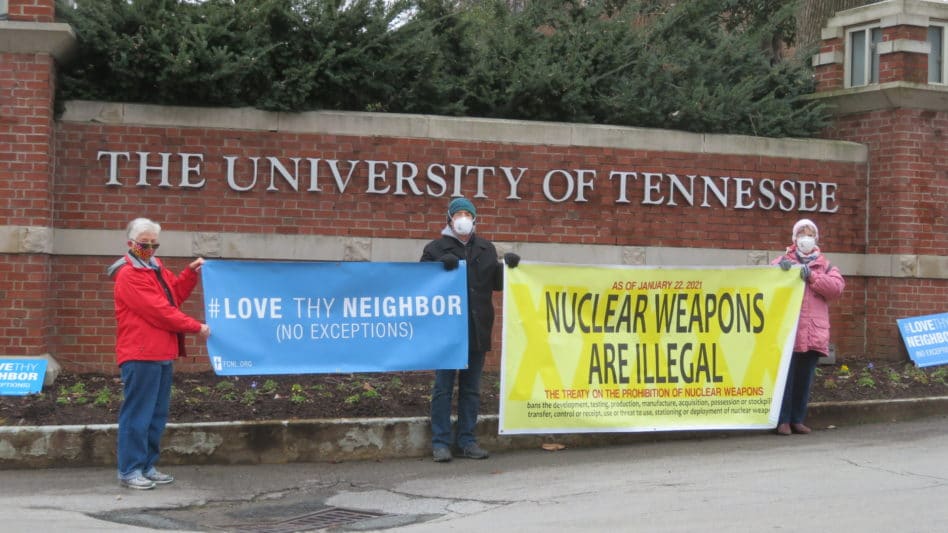 The Ban Treaty enters into force. We took the word to the University of Tennessee whose President announced last month that he wants to bid on the contract to manage the Y-12 Nuclear Weapons Complex to build nuclear weapons!

Here are resources in one place that you can download and use as we prepare for January 22, 2021 and beyond. We will add to this page as more resources become available. BANNER The banner is sized at 3′ x 8’—perfect for holding at a socially appropriate distance. You can download the pdf file (below […]

Be part of the moment and the movement: Social Media Signs

JOIN THE ACTION FOR A NUCLEAR-FREE FUTURE January 22, 2021 Celebrate with others around the world and show your support: On January 22, 2021, the Treaty on the Prohibition of Nuclear Weapons will enter into force and nuclear weapons will be illegal! Take a photo of yourself with one of these 8 1/2 x 11” signs, or […]